The year of the beaver

The year of the beaver

The Wildlife Trusts are releasing a record number of beavers in 2021 – twenty years after bringing the first ever beavers back to Britain.

Around 20 beavers will be released this year including to a project in Wales. The first of the year’s releases took place in Dorset this week.

Plans developed by Wildlife Trusts of Dorset, Derbyshire, Hampshire and the Isle of Wight, Nottinghamshire and Montgomeryshire will see new beaver families moving into these counties for the first time. The Wildlife Trusts have been at the forefront of beaver reintroduction and projects in Britain ever since Kent Wildlife Trust released the first pair into a fenced area of fenland in 2001, followed by the Scottish Beaver Trial in 2009.

These industrious herbivores are native to mainland Britain but were hunted to extinction in the 16th century by people who wanted their fur, meat and and scent glands. The loss of beavers led to the loss of the mosaic of lakes, meres, mires, tarns and boggy places that they were instrumental in creating. Their ability to restore and maintain important wetland habitats is why reintroducing this species is so important.

“Beavers are a fantastic keystone species that have a hugely important role to play in restoring nature to Britain. It’s brilliant to see Wildlife Trusts across the UK ensuring a better future for wetlands and for a wealth of other wildlife by bringing back beavers whose engineering capabilities inject new life into wild places. The benefits for people are clear – beavers help stop flooding downstream, filter out impurities and they create new homes for otters, water voles and kingfishers. What’s more, people love seeing them and their presence boosts tourism in the countryside.

“We live in one of the most nature-depleted countries in the world which is why we have a big ambition to protect 30% of land and sea for nature by 2030. We’re calling on the government to come up with an ambitious strategy to enable beavers to return to help tackle the climate crisis and improve wetlands for wildlife.” 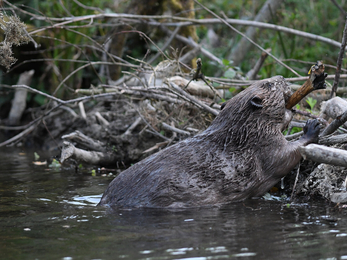 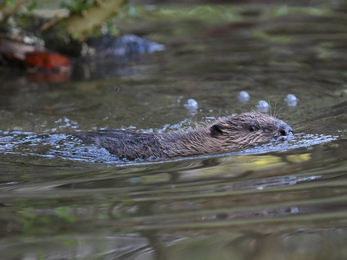 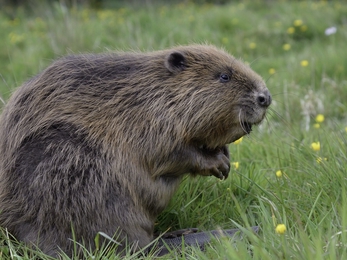 Five years of research by Devon Wildlife Trust shows that beavers bring a valuable range of improvements for people and wildlife:

Devon Wildlife Trust and its partners in the River Otter Beaver Trial have developed   extensive experience supporting people to live alongside these industrious creatures once again. DWT led a locally-agreed management strategy which has proved crucial in enabling local communities, volunteers and landowners to work together to maximise the benefits beavers bring, and successfully manage localised problems which can occur.

This year, individual Wildlife Trusts are raising funds to bring the beavers back, making their new homes ready and carrying out the checks they need. Future releases are expected to trap, vet-check and move beavers from a substantial population in Scotland.

New Wildlife Trust beaver releases for 2021 – for the first time in these counties:

On Monday 8th February two beavers were released at an enclosed site in Dorset following feasibility studies and careful monitoring to look at the difference they could make to an enclosed wetland. Following several years of preparation, including installing a specialist fence to enclose the site and recording baseline data with experts from University of Exeter and Wessex Water, the pair of Eurasian beavers, an adult male and female, are now settling in.

Two beaver families and their kits will be released this year into a 47 hectare enclosed area of Willington Wetlands reserve in the Trent valley following a very successful fundraising campaign and feasibility studies. Beavers will help to increase the water storage capacity of the nature reserve. The site is being made ready for beavers to be rehomed from a site in Scotland later this year.

Subject to a successful license application, the Trust plans to release beavers on the Isle of Wight for the first name. The results from the Trust's feasibility research on their reserves in the Eastern Yar were very positive and show the habitat would be well suited to beavers - it is hoped that they can be officially released into an open area, rather than fenced enclosures. The Trust is looking forward to discussions with landowners and local communities about a potential beaver release over the course of the year.

The Trust plans to reintroduce at least four beavers this summer into a huge enclosure in the spectacular Idle Valley Nature Reserve in North Nottinghamshire.  This will be part of a project to harness the power of natural processes to transform what is already one of the best inland nature-watching places in the region.

The Welsh Beaver Project (led by North Wales Wildlife Trust on behalf of the five Wildlife Trusts in Wales) has been assisting Montgomeryshire Wildlife Trust with their plans to release a pair beavers into an enclosure at their Cors Dyfi Nature Reserve, near Machynlleth. It will be the first officially licenced release of beavers in Wales. The beavers will play a vital role in managing invasive willow and scrub which threatens wetland areas of this lowland bog. An application with supporting information has been submitted to Natural Resources Wales for their decision and they hope to see beavers at Cors Dyfi Nature Reserve this spring.

Shropshire Wildlife Trust have identified a 12 hectare site in central Shrewsbury where a pair of beavers will be released in an enclosure in 2022. The beavers will be replacing grazing cattle to prevent trees and scrub for invading the wetland. The site is surrounded by housing estates and a school, so there will be plenty of opportunity for local people to be involved.

In November 2020 Cheshire Wildlife Trust reintroduced a pair of beavers at Hatch Mere Lake. The couple settled into their new 4.5-hectare enclosure as part of a five year project. The Trust will monitor the changes these eco-system engineers make, checking the quality of the water and the effects on wildlife including breeding birds, bats, aquatic invertebrates and the rare plants and mosses.

Also in 2020, Cumbria Wildlife Trust was involved in the reintroduction of two beavers to an enclosure at the Lowther Estate in the Lake District. The film below shows the amazing work that the pair have done in the past month to slow the flow of water and improve the habitat for other wildlife.

Additionally, in the last twenty years The Wildlife Trusts have been involved in beaver reintroductions and projects in Kent, Argyll, Devon, Cornwall and Sussex.

The Wildlife Trusts respond to the passing of the Environment Act.

Take action for the climate and nature crises at home

While world leaders have come together at COP26 in Glasgow to reach an agreement on how to tackle climate change on a global scale,…