Not suitable for wheelchair users or those with limited mobility

Open at all times

Getting to these remarkable reserves isn’t a problem. At the junction of the M25 and the A3, they are within easy reach of visitors from across the south-east. Take a drive here and you’ll be rewarded with more than 800 acres of heathland and woodland.

It is a nationally important site for dragonflies and damselflies, with twenty species recorded. It also attracts many rare birds, including the hobby, which is one of the few creatures that can actually catch dragonflies.

You’ll see how we are managing the valuable heathland to make sure that birch and Scots pine don’t take over. Surrey has lost 85% of its heaths in the last 200 years, so we work hard to protect the remainder. Ideally, we use grazing cattle, but we also cut shrubs and seedlings and clear some of the woods that were once heathland. It initially looks harsh, but the bare soil is soon covered with purple heather.

Take time during your stay to visit the Semaphore Tower on Chatley Heath. It was once part of a chain which was used to pass messages between the Admiralty in Whitehall and the Royal Naval Dockyard in Portsmouth. It was built in 1822 and is now the only restored surviving tower in a line of signalling stations that covered the entire route.

Due to ongoing maintenance the Tower is not currently open to the public.

Find out more
Support us

Join a network of like-minded people helping to protect Surrey’s wildlife and countryside. 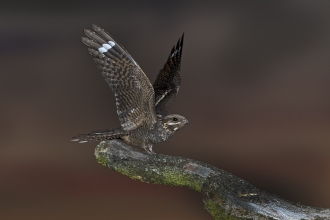