Bay Pond is one of two private educational nature reserves run by the Trust and features an outdoor classroom, amenities and acres of beautiful natural surroundings in the heart of Godstone village.

Whilst Bay Pond is closed to the general public, the Trust holds a number of open days, holiday clubs and events each year at the reserve.

See below for more details

Bay Pond reserve features four ponds, including the large, main 2.4 hectare (6 acre) Bay Pond, which is surrounded by wildflower meadows. There is also a public path and observation platform on the south side of the pond. On the eastern side of the pond there is a mature alder swamp.

The area is particularly good for birds, which can be observed from the lakeside bird hide. A number of dragonflies and damselflies can be found here including emperor, brown hawker, blue-tailed and azure.

Many butterfly species can also be observed such as gatekeeper, ringlet, small skipper and orange tip. The area was originally part of the grounds of Godstone Place and the lake may have been used to hold back water for a mill in conjunction with other lakes downstream.

Bay Pond itself is believed to have been made in 1611. The pond was dredged in 1986 after heavy siltation. The former stables and milk sheds have been converted for use by school groups.

Behind the White Hart Inn (which is adjacent to the site) there is a wild flower meadow which is alive with all kinds of invertebrates during the summer. 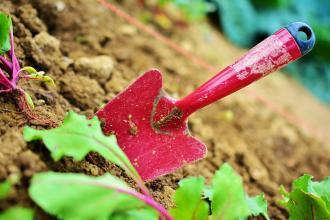