First confirmed in the UK in 2012, ash dieback, also known as 'Chalara' or Chalara ash dieback, is a disease of ash trees caused by a fungus called Hymenoscyphus fraxineus.

Ash dieback has already caused the widespread loss of ash trees in continental Europe and is now affecting countless woodlands, parks and gardens across the U.K, including our nature reserves.

The Trust manages 1,500 hectares of woodlands in Surrey. Surveys across these woodlands have identified that extensive areas of ash trees are infected by the disease. The Trust has removed over 80 dangerous or fallen ash trees from areas including footpaths and bridleways from 1 April 2017 to 31 March 2018 and is concerned that these numbers will increase.

As the estate is very popular with local people and receives around 1.3 million visitors per year, public safety is a key concern. The Trust has carried out a review of the woodlands in line with updated guidance from the Forestry Commission and considered the National Tree Safety Group’s Ash dieback guidance.

As such the Trust has determined that the selective felling of ash trees which stand within thirty metres of public and permissive footpaths, bridleways, roads, boundaries of neighbouring properties and other high risk features is the most appropriate action. 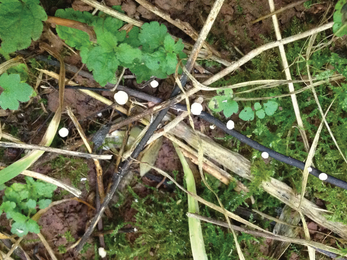 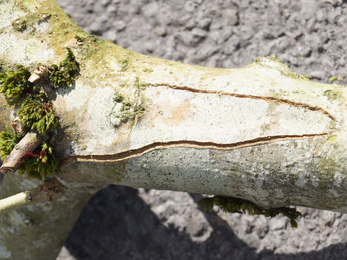 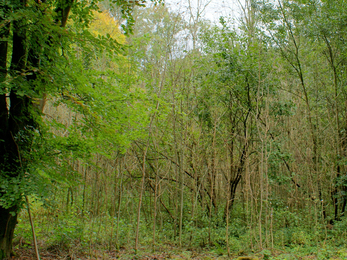 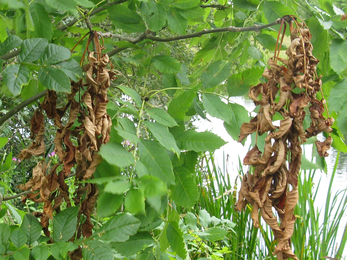 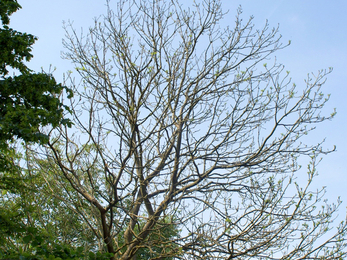 The main symptoms of ash dieback are:

The disease causes ash trees to die
Young ash trees die quickly, whilst mature trees can be killed by a yearly cycle of repeated infection. Diseased trees may also get honey fungus, causing branches or whole trees to collapse.

Find out more about ash dieback on the Forestry Commission website