Birds and Bugs of Suburbia

The Trust's Andrew Jameson takes a closer look at his garden wildlife and how to contribute to citizen science projects. 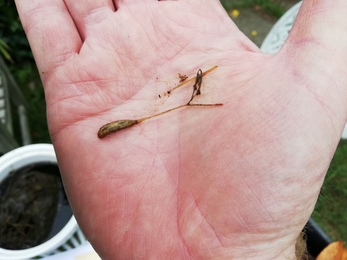 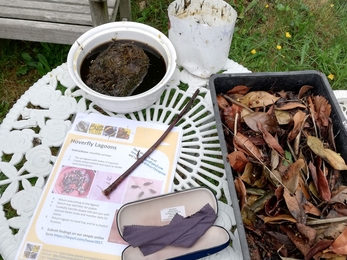 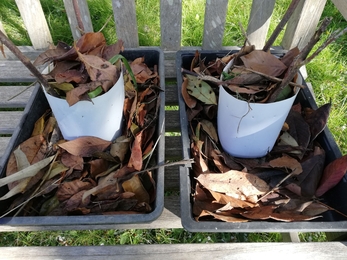 If you are fortunate enough to have some garden space of your own the lockdown has provided an opportunity for a deeper appreciation of the nature that shares your postcode.  In my own little patch on the suburban borders of North West Surrey I have taken time to look at things a little bit closer and longer and also join in with a couple of national recording schemes.

Last Spring I started recording the birds seen in the garden more formally by signing up to British Trust for Ornithology’s (BTO) Garden Birdwatch Scheme (GBW). This is a year-round weekly data collection of garden birds and for me an extension activity to the RSPB’s annual recording event in January which is already an established family event in our household.

Since April 2020 I have contributed to GBW for 56 consecutive weeks and recorded a total of 28 species.  The five species with the highest recording rates have been Blackbird, Robin, Goldfinch, Blue Tit and Woodpigeon.  No real surprises there but a species I am particularly pleased about is the House Sparrow which I have recorded for 41 weeks out of the 56.  Back in 2007 when we first moved in House Sparrows were a rarity in the garden but now their constant chirruping presence reflect gradually improving numbers nationally. There’s no doubt that allowing our hedges and the ivy to go a bit wild has had a lot to do with our success on the Sparrow front - if you build it they will come.

Other highlights have included the Redwings gorging on our cotoneaster berries through the winter and the charming Grey Wagtail that has been an intermittent visitor, flitting busily around the edges of the wildlife pond.  However, the absolute star of the show was the one-off visit by a Woodcock which I inadvertently flushed from its resting place early one morning last October.  An Autumnal arrival from Russia or Scandinavia it was a privilege to have seen it in the garden albeit fleetingly.

Data submitted to GBW is restricted to birds that visit the garden so I can’t include the Swifts, Red Kites, Buzzards, Cormorants, Mute Swans or the fabulous pair of Hobbies that are among the species I have seen in the skies above our home.  However, the survey does include other categories of garden wildlife and, with the programme running since 1995, the data is an important contribution to our understanding of changes to urban and garden biodiversity.

Another citizen science scheme I joined last year was the University of Sussex Hoverfly Lagoon survey.  This involved using plastic milk cartons, seed trays, sticks and leaves to mimic rot holes in trees that are used by hoverflies to lay their eggs.  Once a month through the summer I sifted through the slightly whiffy contents of my lagoons and counted the remarkable long tail larvae or “rat tailed maggots” - so called because of their tail like breathing tube.  I also counted any pupae which I then transferred to jam jars for rearing before submitting the monthly results to the programme co-ordinator.  When the adults emerged they were all the “batman” Hoverfly – so called because of the batman symbol on its thorax and, like all of our hoverflies, a super hero when it comes to pollination.

If you’re interested in signing up to either of these schemes (and what better time to start than during 30 Days Wild) here are the links:

Wildlife expert Nick Acheson introduces some of our feathered superstars to listen out for.

The very first Growing Wild community garden day at Bay Pond was a lot of fun (if a little soggy)!

Saying Yes to No Mow May